Concept watch by graduate designer, Dave Prince from Winsconsin. The name of the concept watch is Jörmungand, and that’s what partly caught my eye.  Being the Norwegian that I am, I can’t help but to enjoy this concept for both its name and design. To refresh your knowledge on nors mythology check out this link, meanwhile enjoy these nice renderings of the watch. 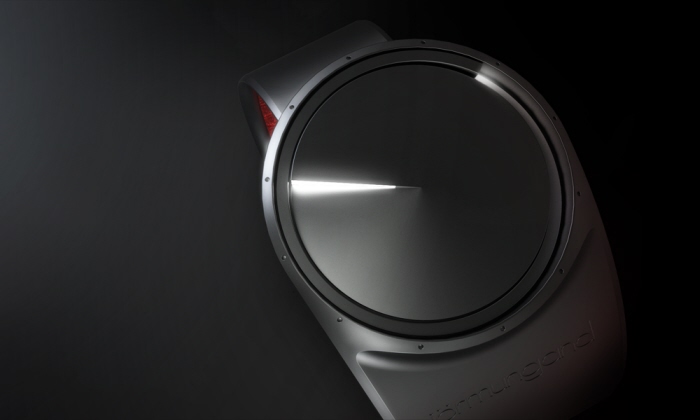 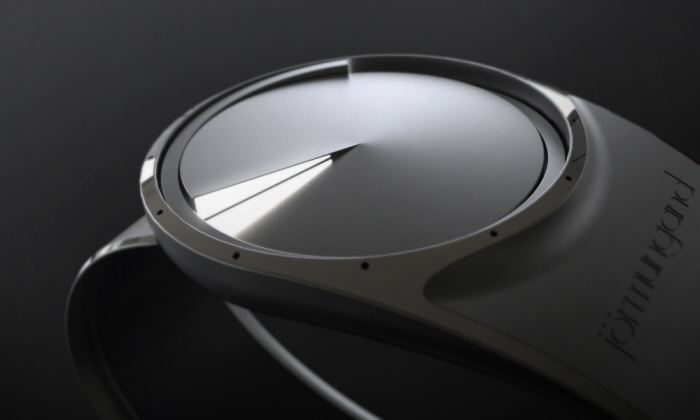 Fashion Toast. . . So fresh, so Toasty, so now! Nice D.Y.I. layering for the ladies on these funky June gloom days. 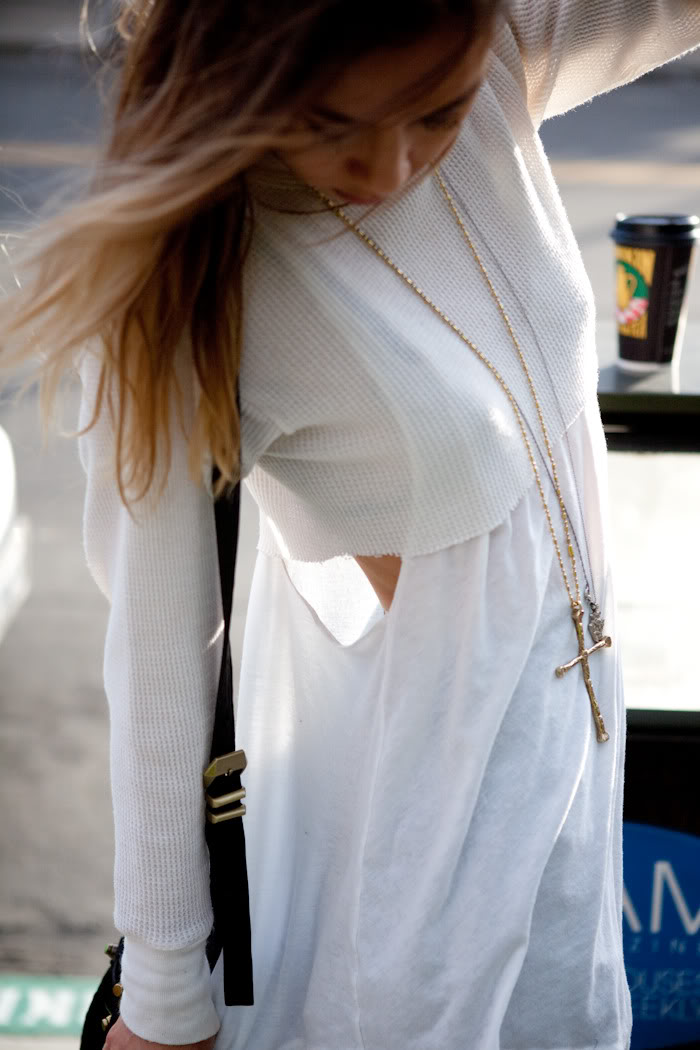 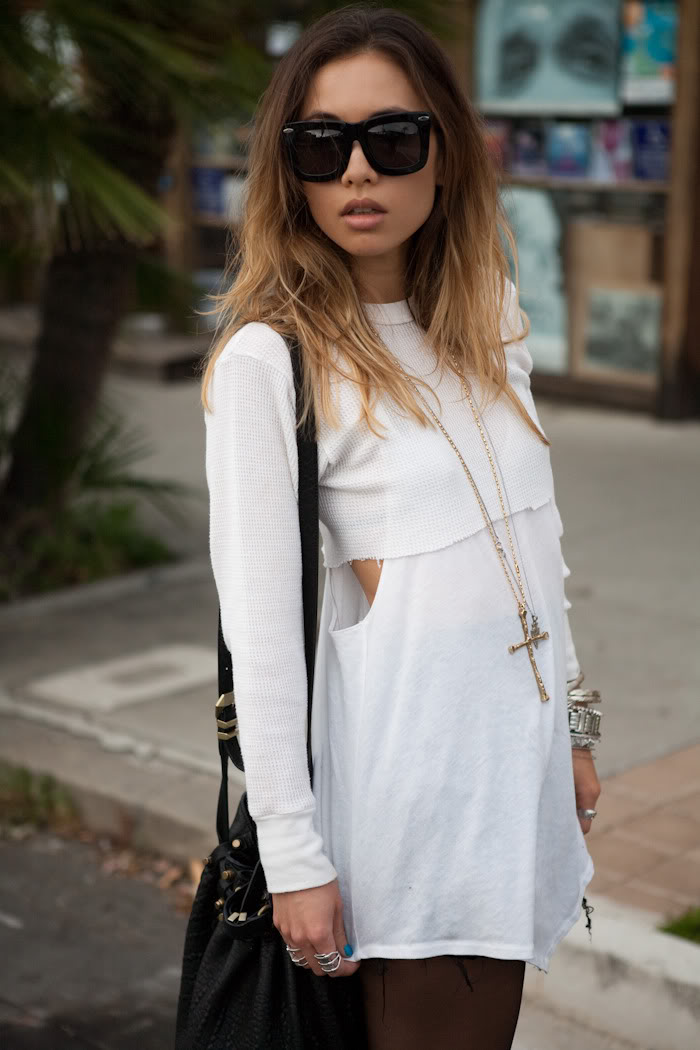 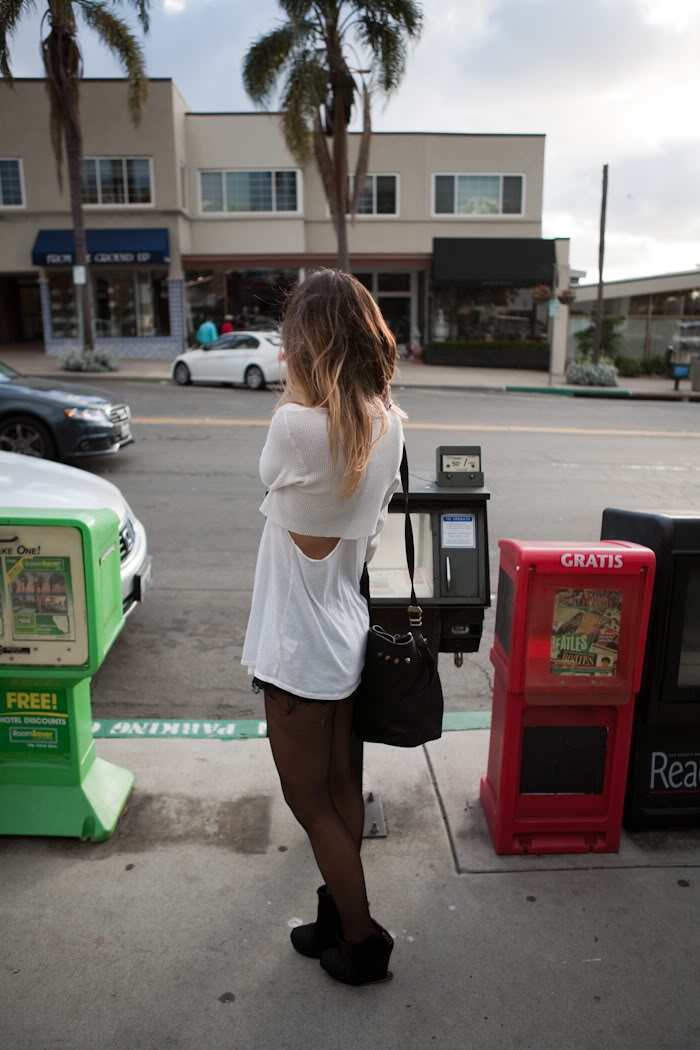 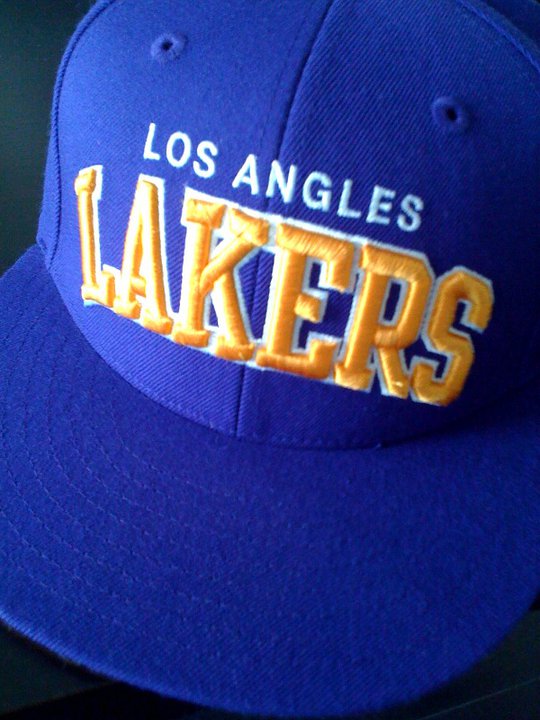 Ya ya!  the LosANGLES Lakers represent. 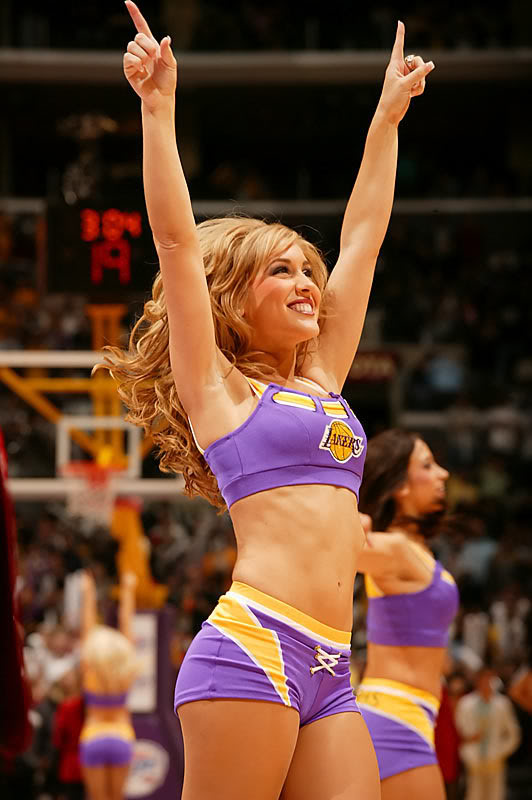 Staying true to all that is over the top, loud and proudly obnoxious, these football fan t-shirts are truly next level.  GOOOOOAAAAAAALLLLLLLLL!!!!!  seesh. 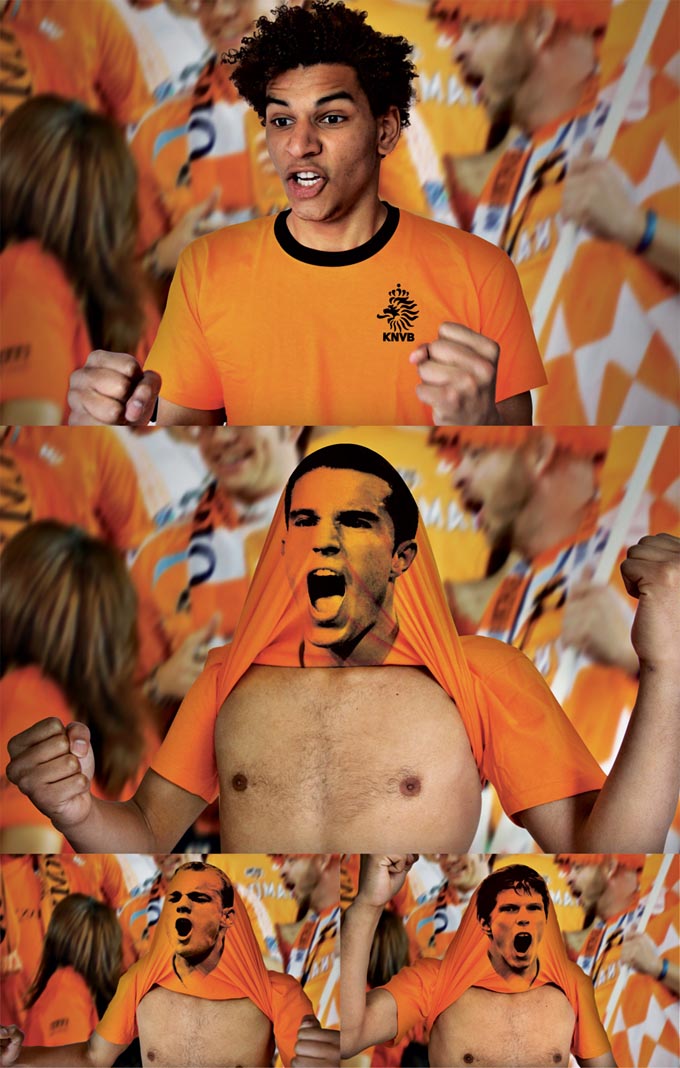 I got this meassage today and it seems the Cuda is set for a heavy return!!! So all of you that know what the cuda can do, be prepared………….because the Korean barracuda is about to unleash Design Hell on you!!!!

Let’s work! cuda is hungry
cuda is looking for action, coiled and ready to strike without hesitation
cuda has never been this motivated to kill and slay.
let’s take them all down!!! 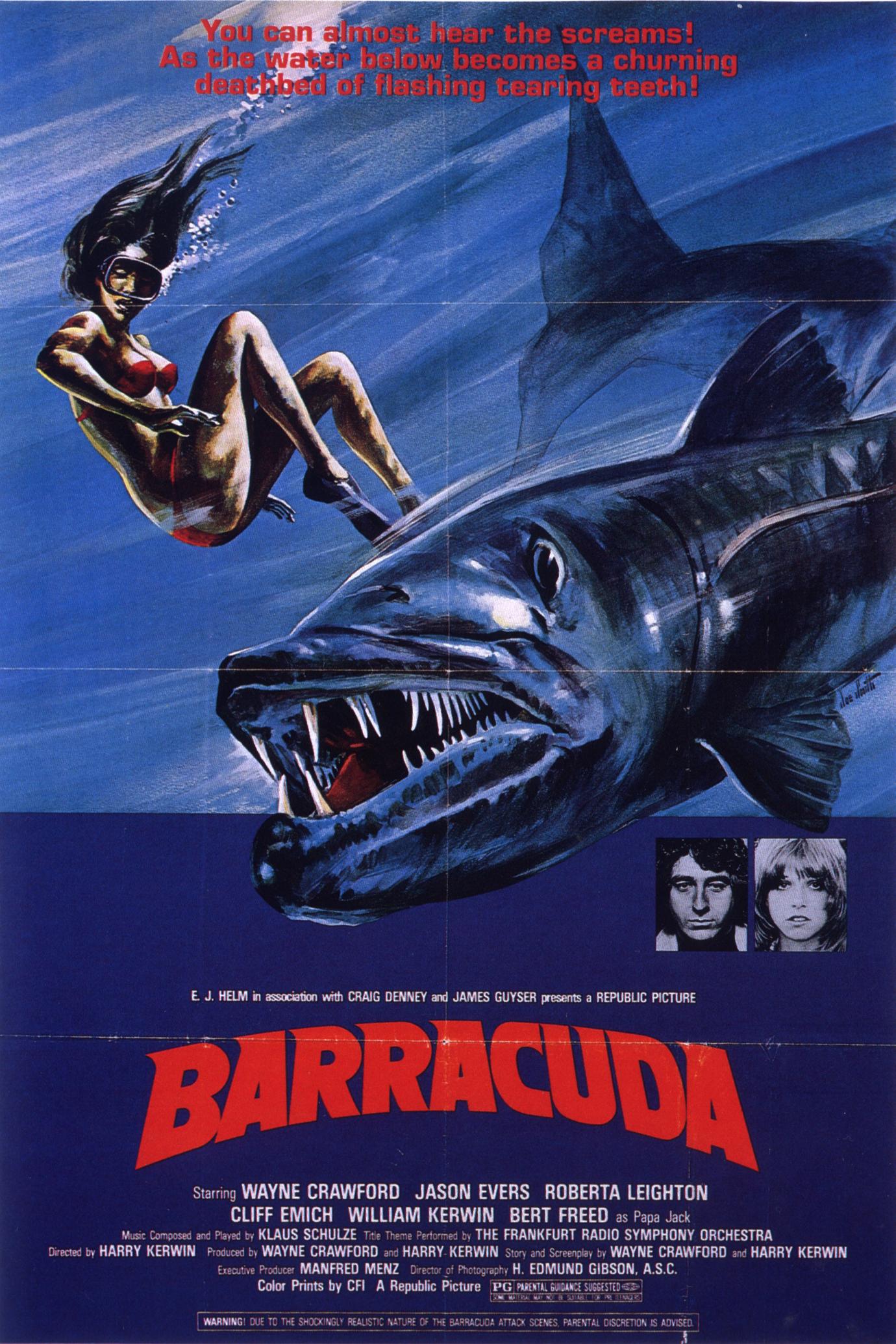 The war has been raging in between what I believe to be the best Fashion house in the world aka:Balenciaga and our dear friends at VP aka:Vogue Paris. the latest casualty is my new issue of the Vogue Paris collections without any photos of the Balenciaga Runway, SHOCKING INDEED!!!!! here is a little diagram summarizing the war that is currently decimating the Fashion world……pick your camp. 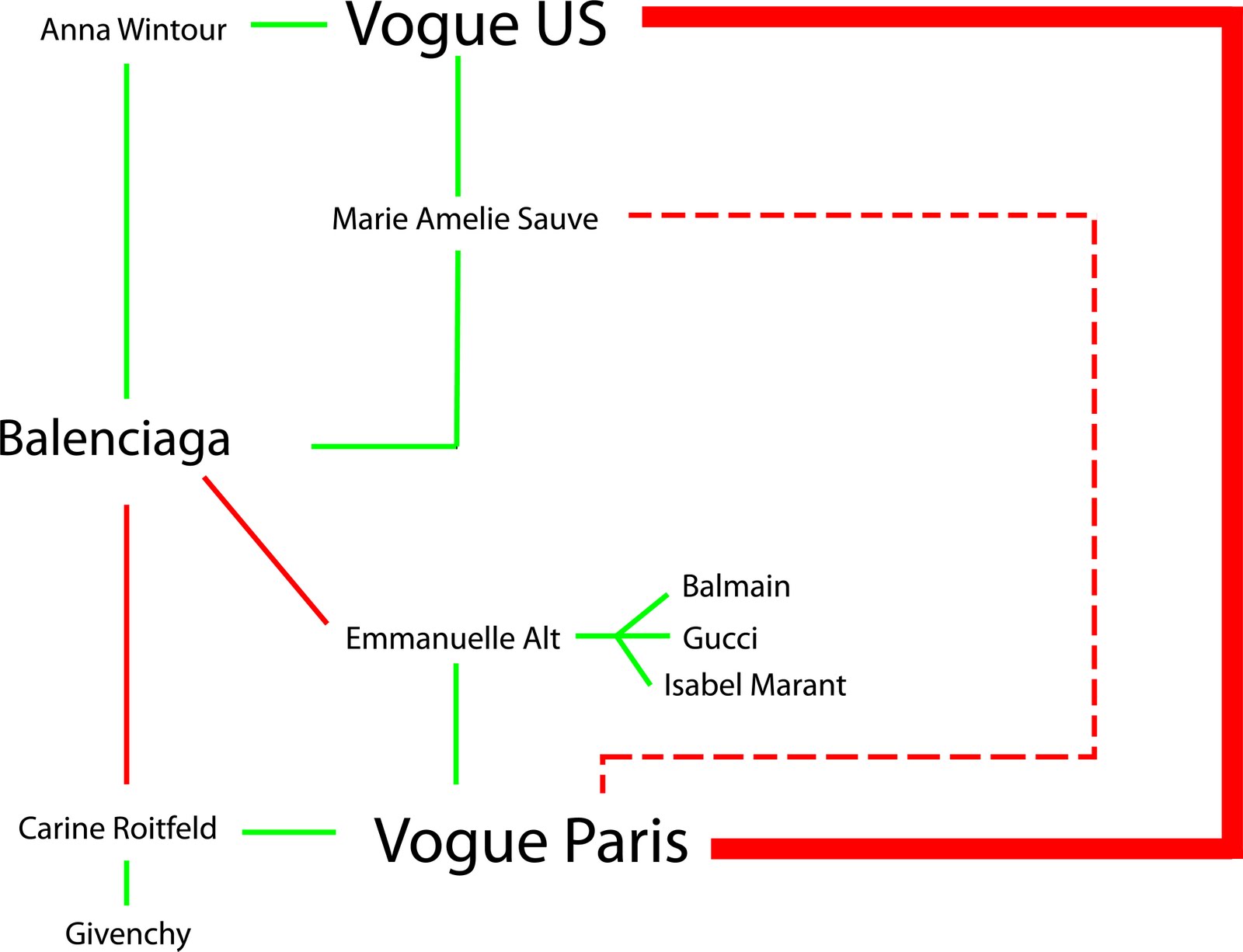 What appears to be a conceptualized 3D concept inspired by the Voronoi Diagram, Designer Christopher Daniel explores modularity through 59 pads(cells) and 1 chair. When 13 magnetically connected cells are removed from the cube form, it leaves the ability to create a foot stool or whatever form one could conjure. Designs like this are a refreshing take to the modern chair by instilling the heart of child in its creational fun. 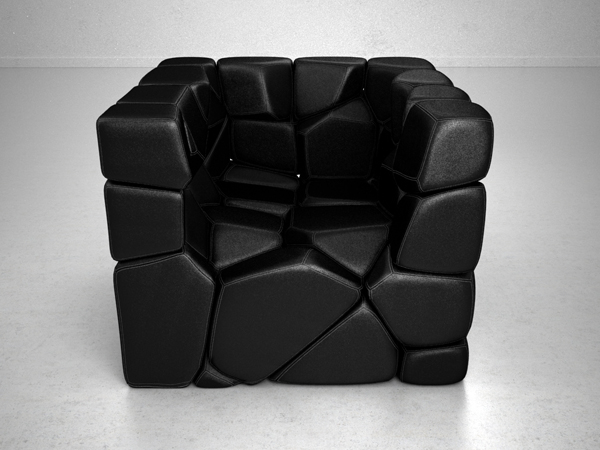 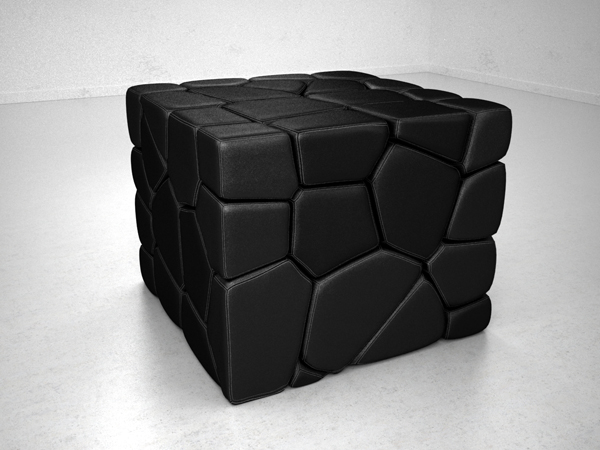 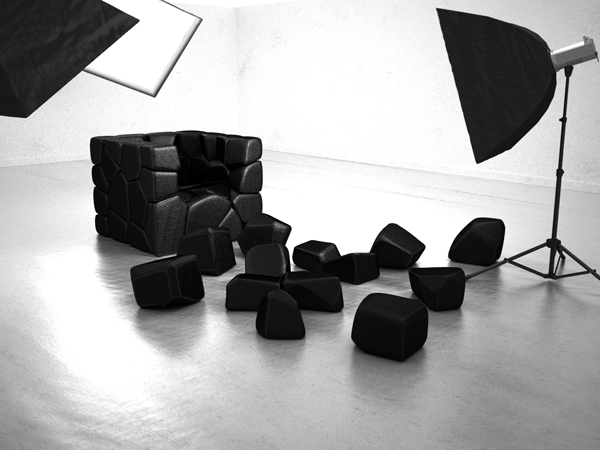 END_OF_DOCUMENT_TOKEN_TO_BE_REPLACED

We are of course talking about the Famous French Medal of Honor established by Napoleon Bonaparte, First Consul of the First Republic, on 19 May 1802. The Order is the highest decoration in France.

As a coterie of fashion folk headed to the Elysée presidential palace on Thursday to watch Karl Lagerfeld receive his own Legion, and ended up holding an impromptu garden party with French President Nicolas Sarkozy and his wife, former model Carla Bruni-Sarkozy.

Lagerfeld’s medal was a one-of-a-kind creation made to order by the French Mint and Chanel’s high jewelry workshops as a surprise for the designer, who for once was lost for words. “I am much better at making small talk than at giving speeches,” Lagerfeld said. “If it wasn’t for 99 percent of the people in this room, it would all amount to nothing. So in fact, this is for me but it is also for all of you.”

As guests mingled afterward, Bruni-Sarkozy flung open the doors to the garden, normally off limits except for the annual Bastille Day reception on July 14. “Wonderful,” murmured Amanda Harlech as she whipped out her BlackBerry to take souvenir photos. 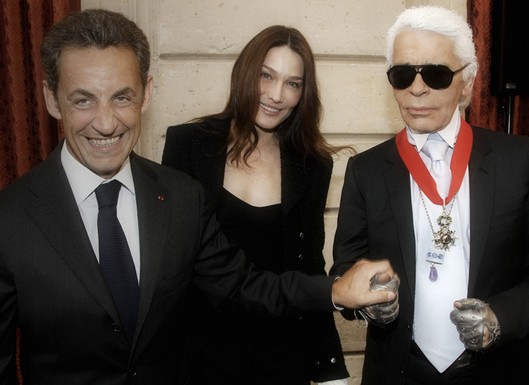 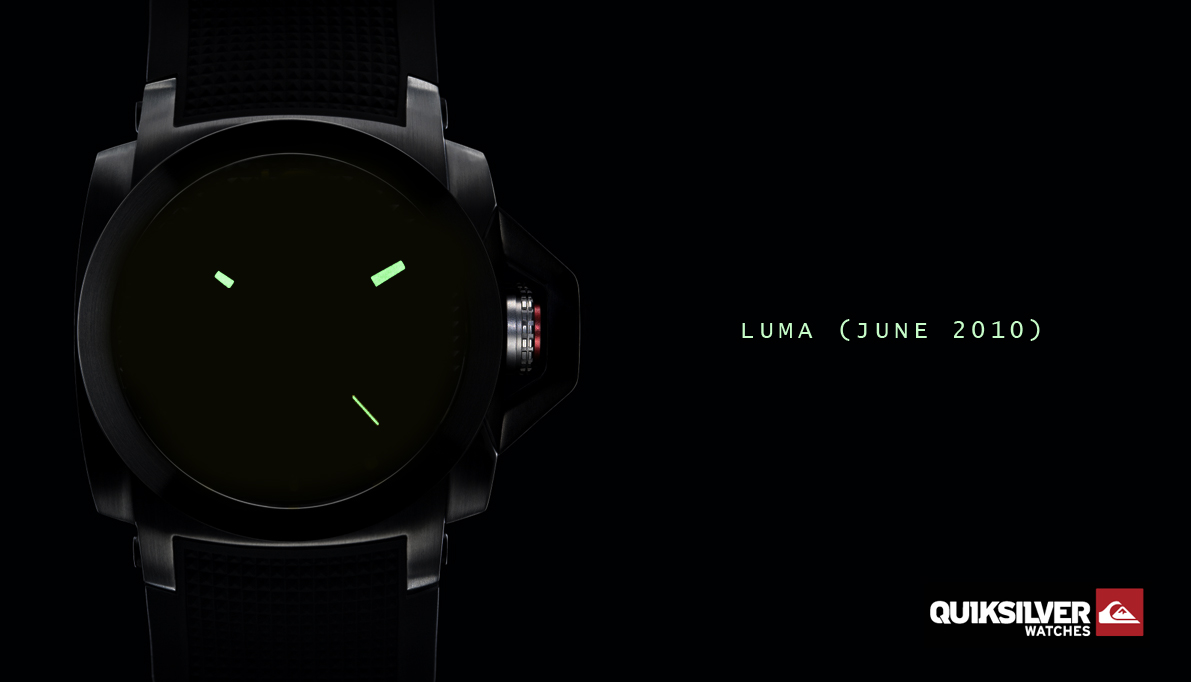 Mr Pilati is tweaking the old to make it new, His latest resort collection for YSL is quiet nice I might say, takind inspiration form Seventies Yves Saint Laurent editorials and repurposes them in alluring, witty colorful prints. Bold colors and trompe L’oeil finish to punch up the new collection presented in NYC at the french consulate. Embracing the YSL legacy but addingd his own of-the-moment twist, the was the show’s big hit. We love it here at Mage. 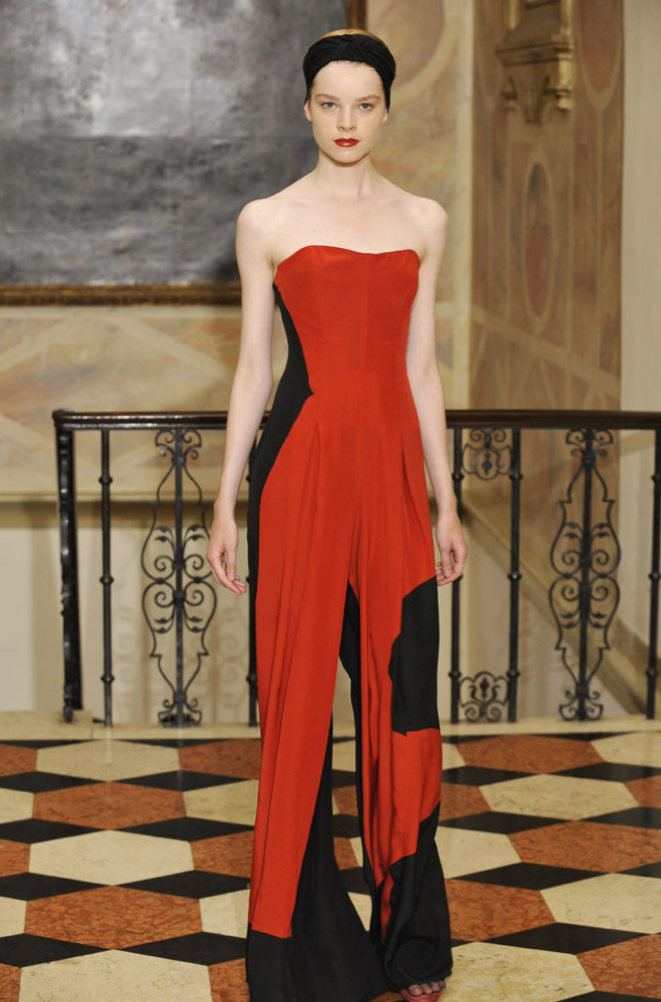 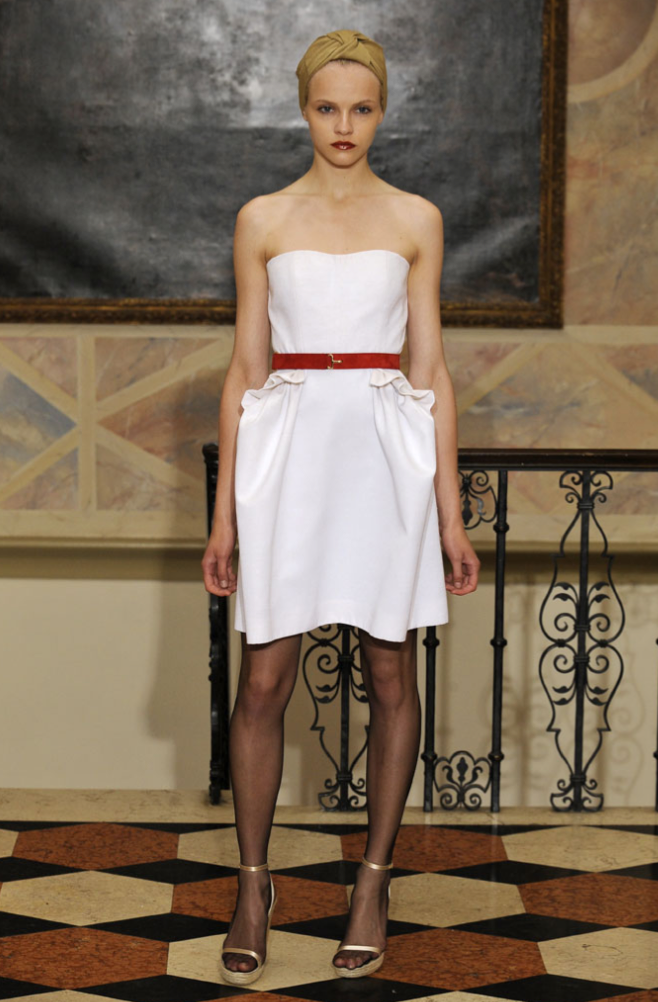 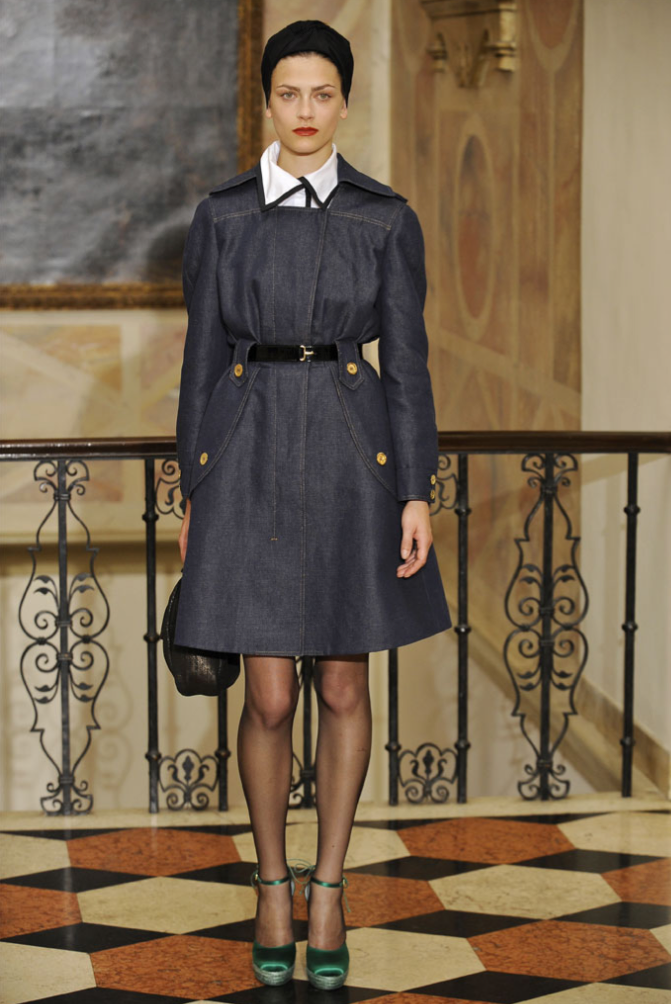 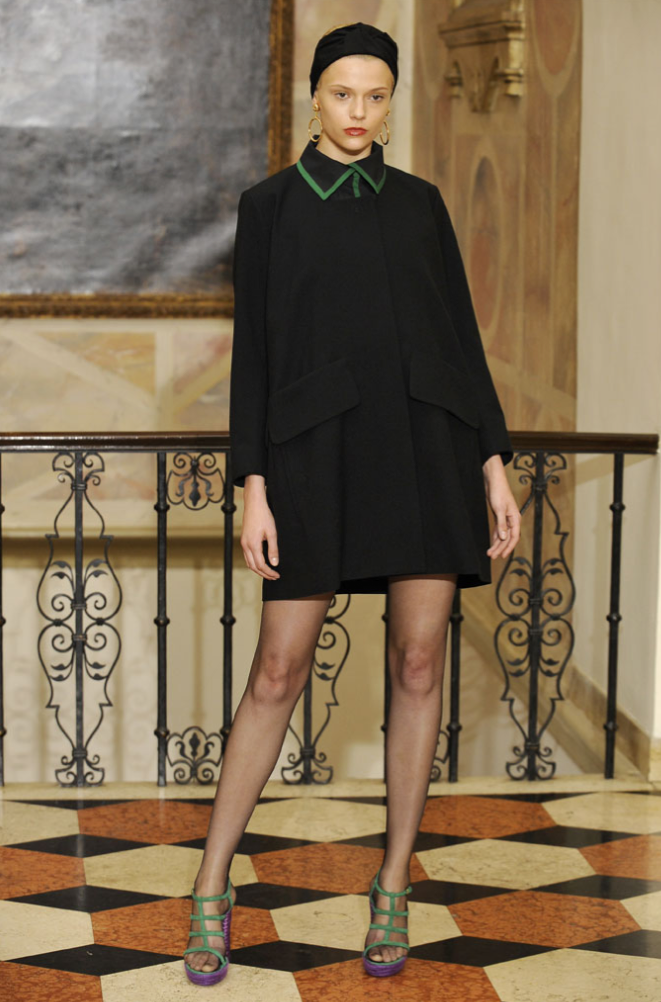 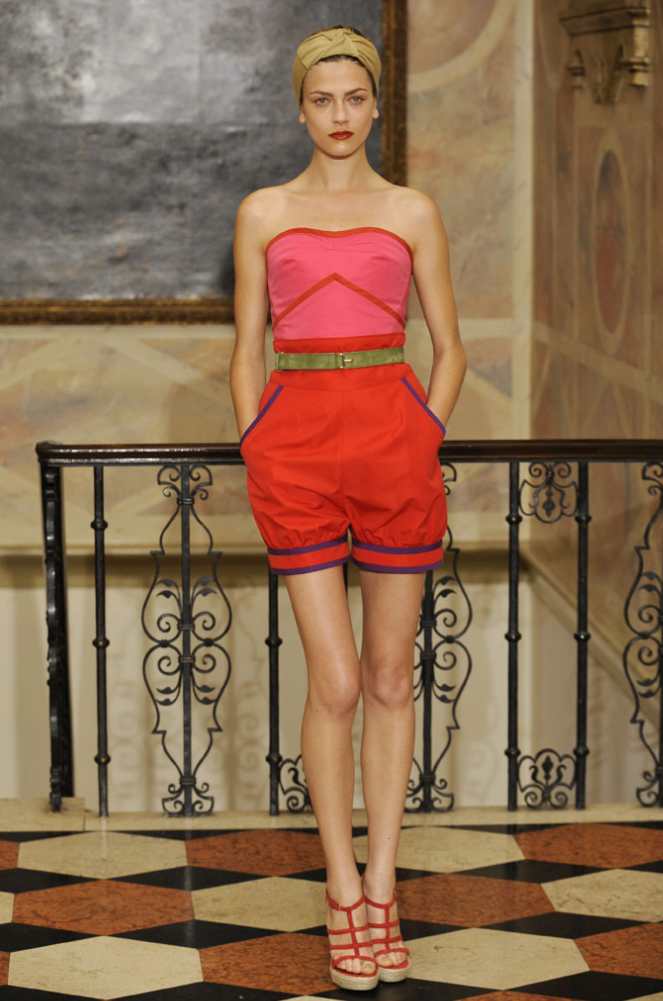 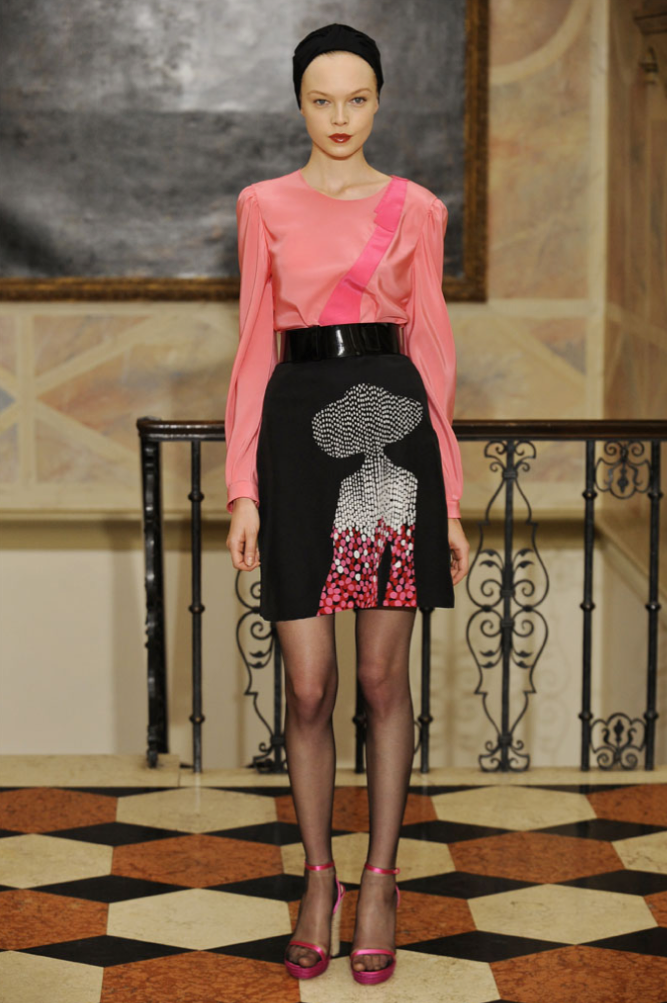