” I know nothing, except the fact of my ignorance “

Quote of the day from the most admirable and controversial Greek Philosopher Diogenes of Sinope and  founder of Cynic philosophy.

Bellow is a painting of Gerome showcasing Diogneses living in his infamous  tube at the marketplace. A man who publicly mocked Alexander the Great and intellectually humiliated the great Plato. Known for carrying a lamp in the daytime, claiming to be looking for an honest man. He regularly argued with Plato, disputing his interpretation of Socrates and sabotaging his lectures. A Favorite of Mage Design which tend to favor Stoicism which was fashioned after Cynism. 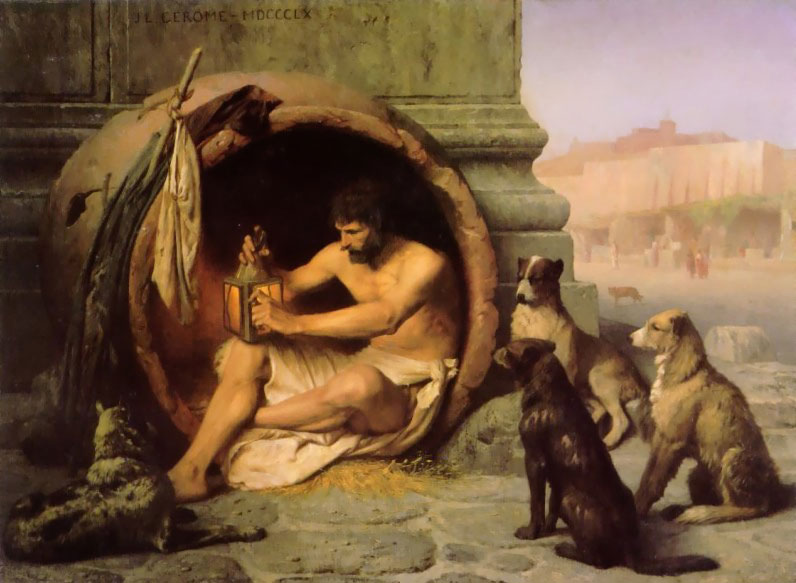